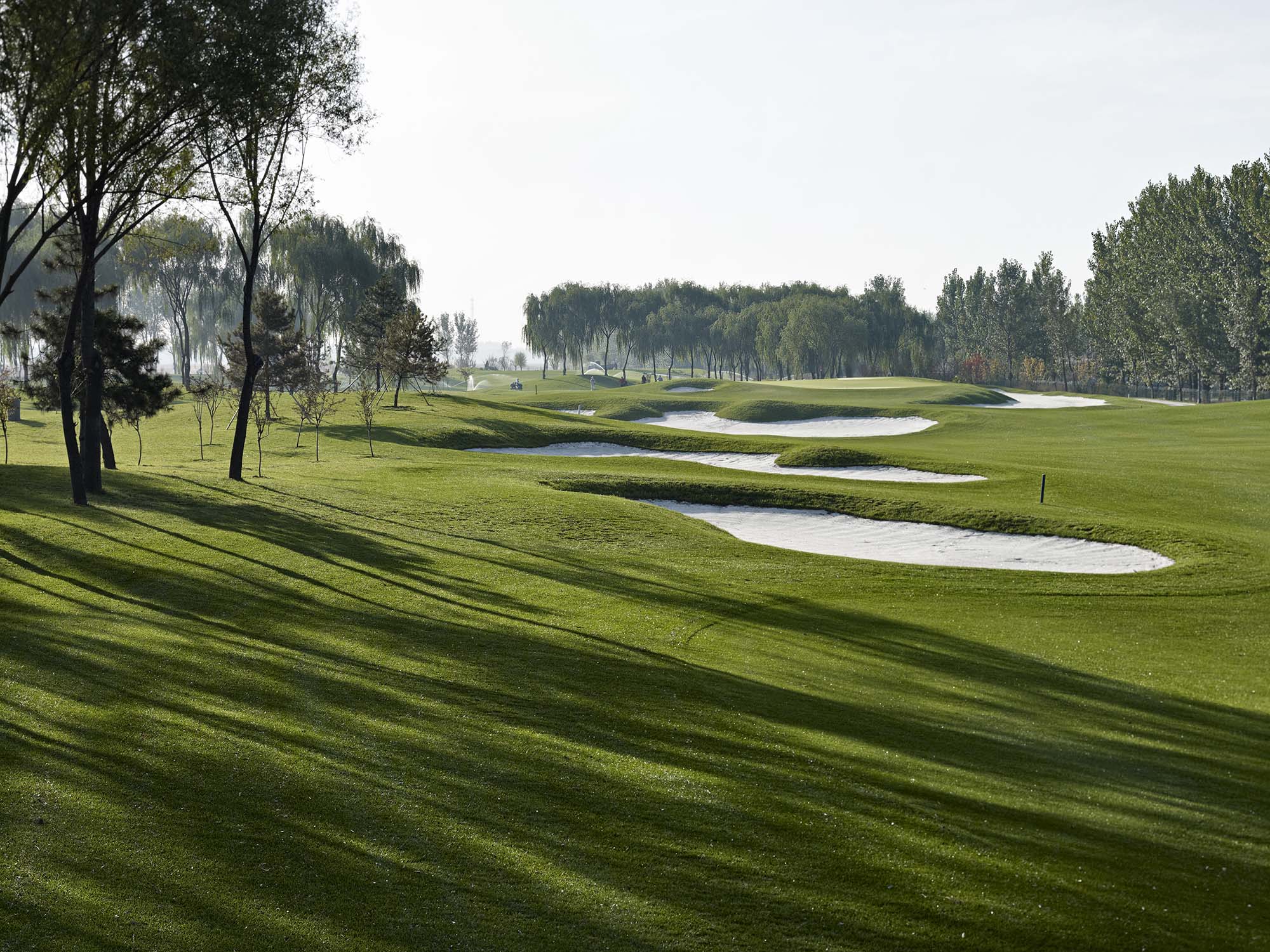 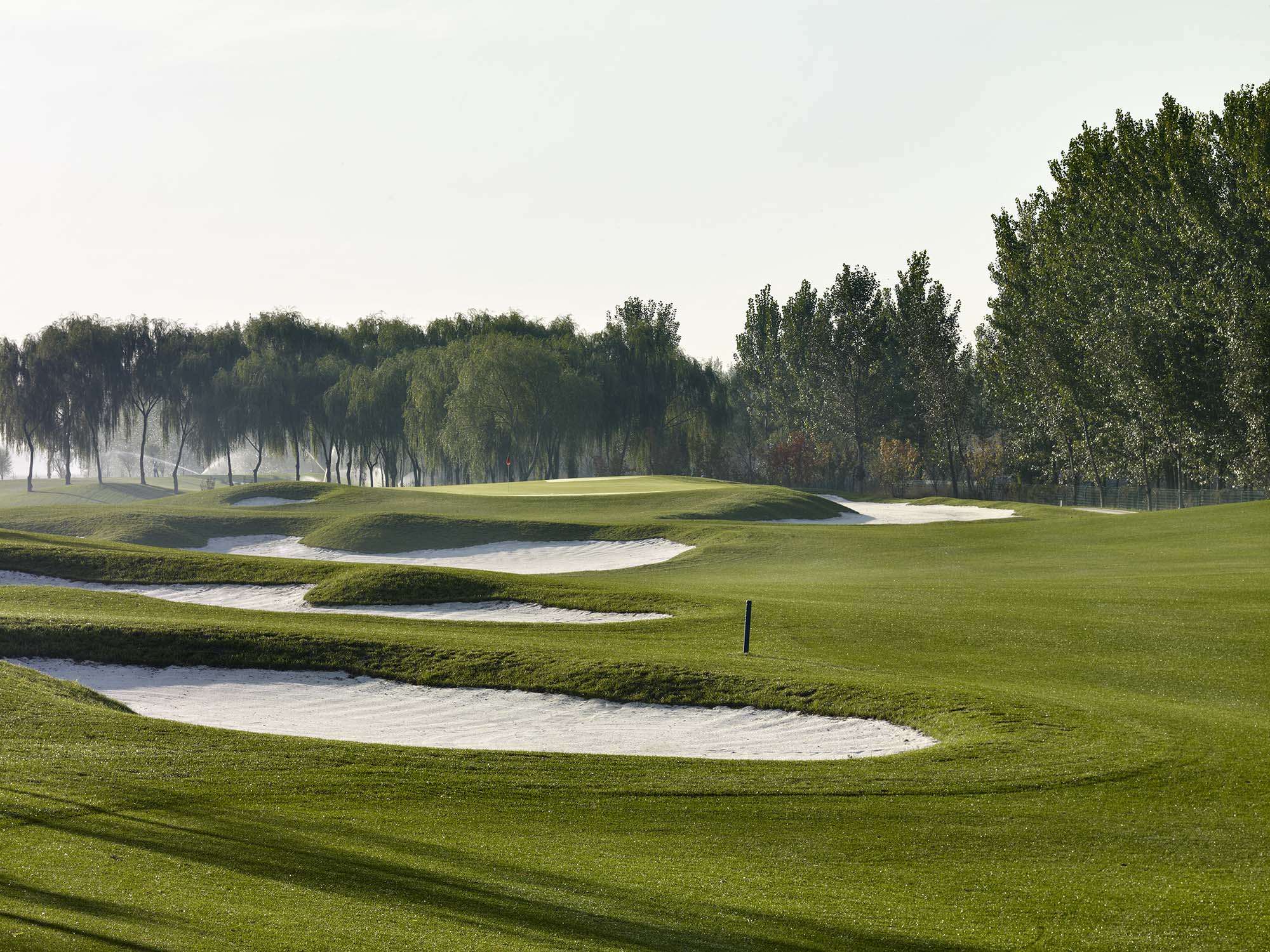 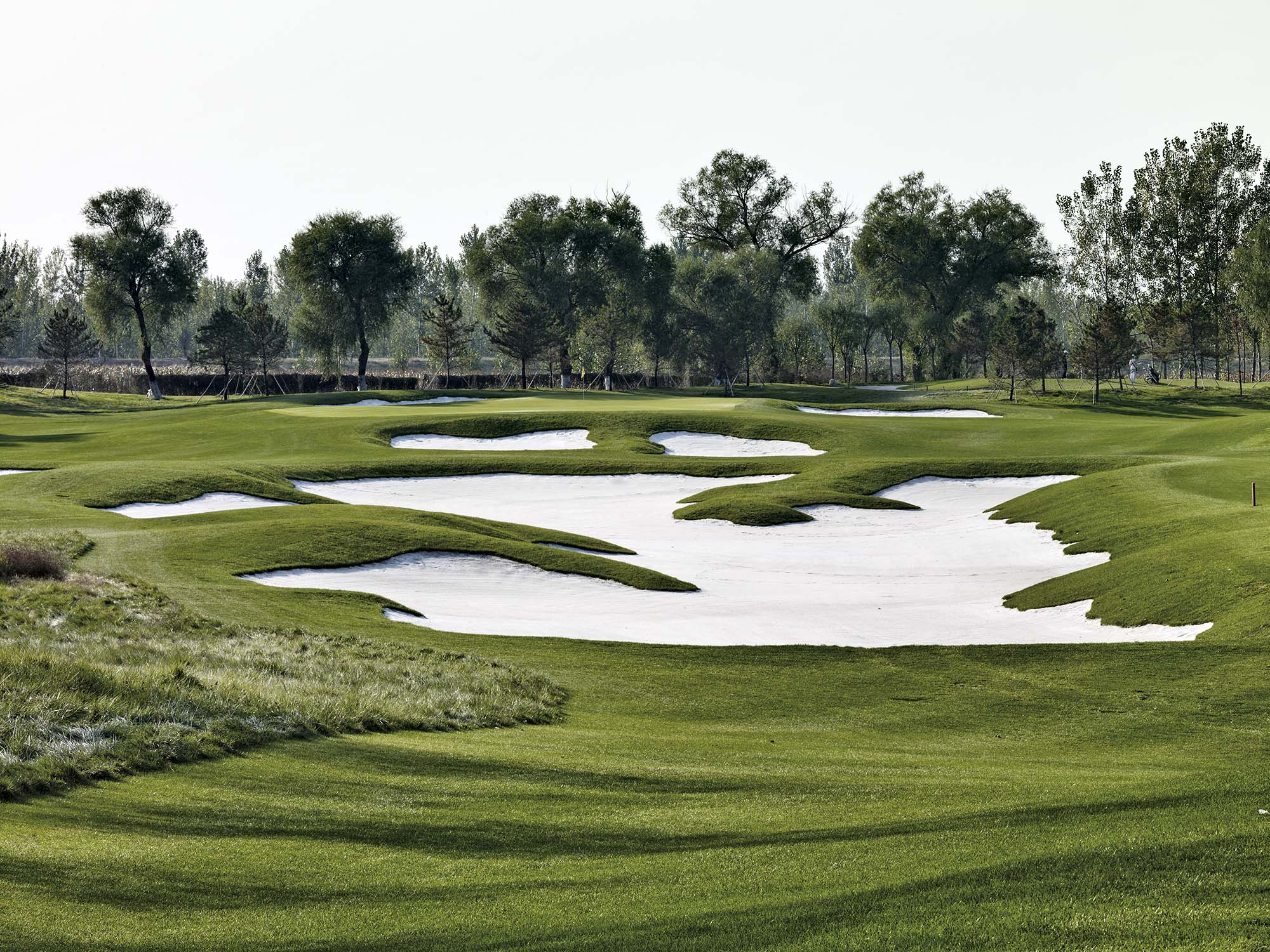 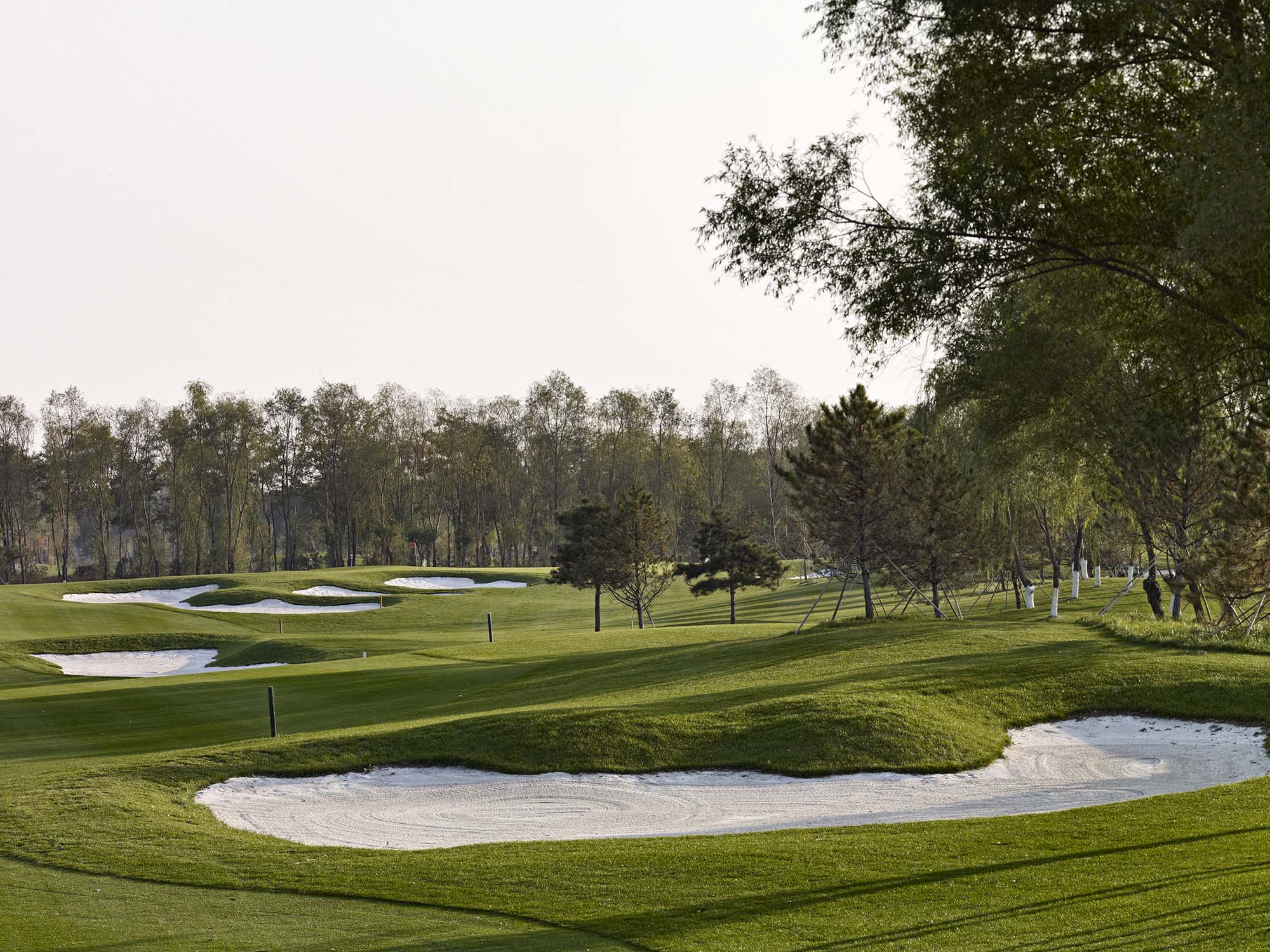 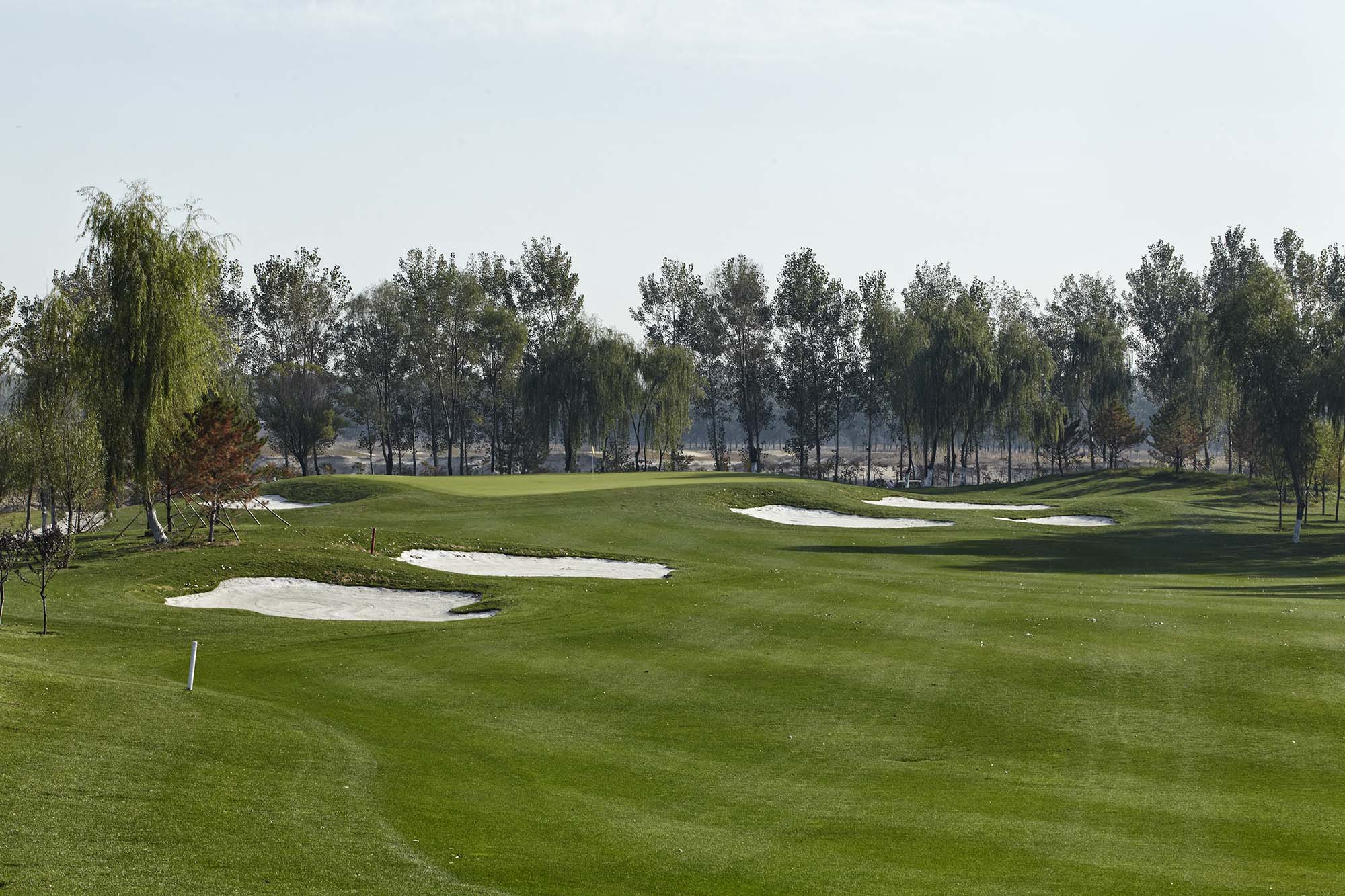 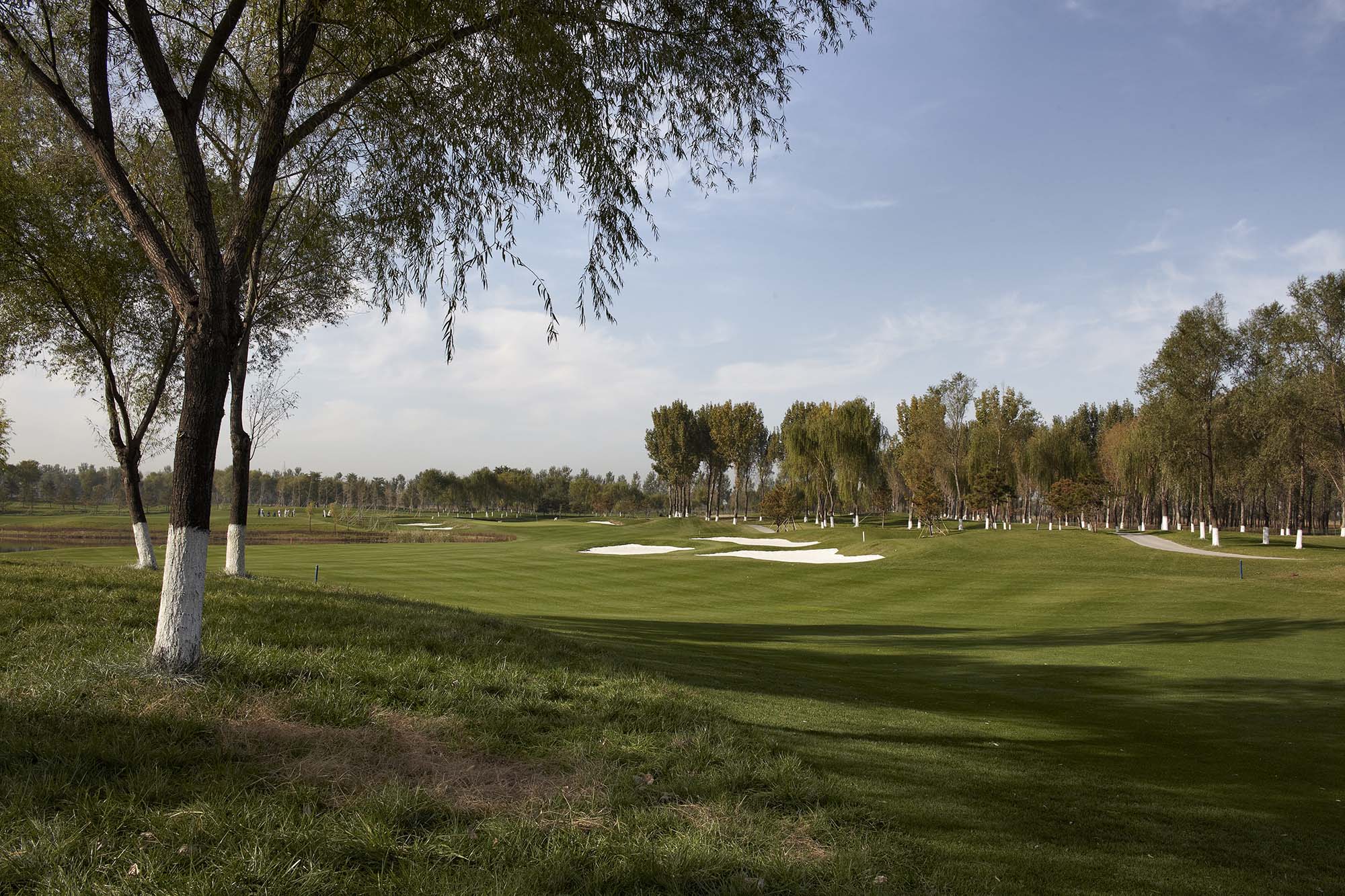 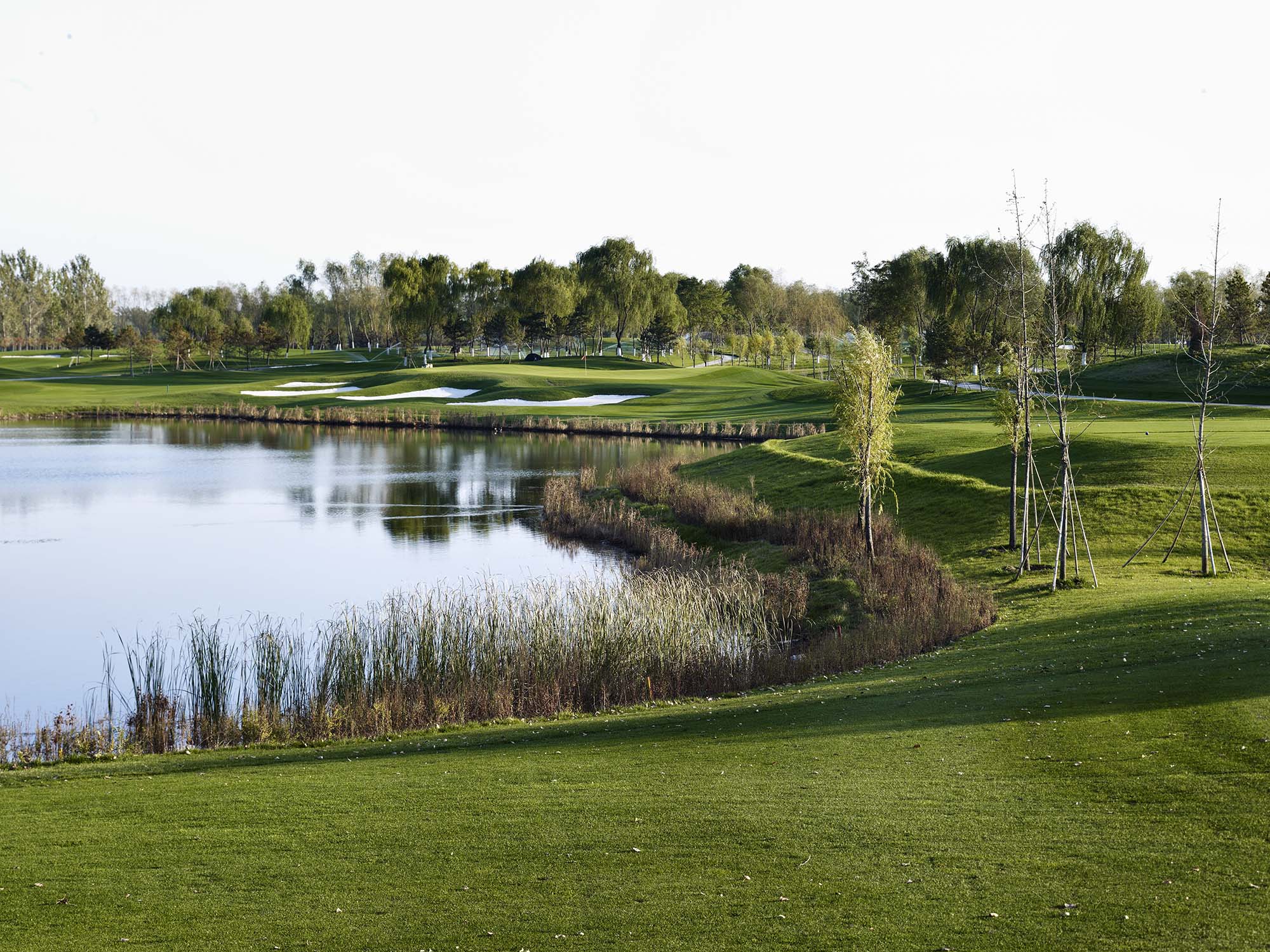 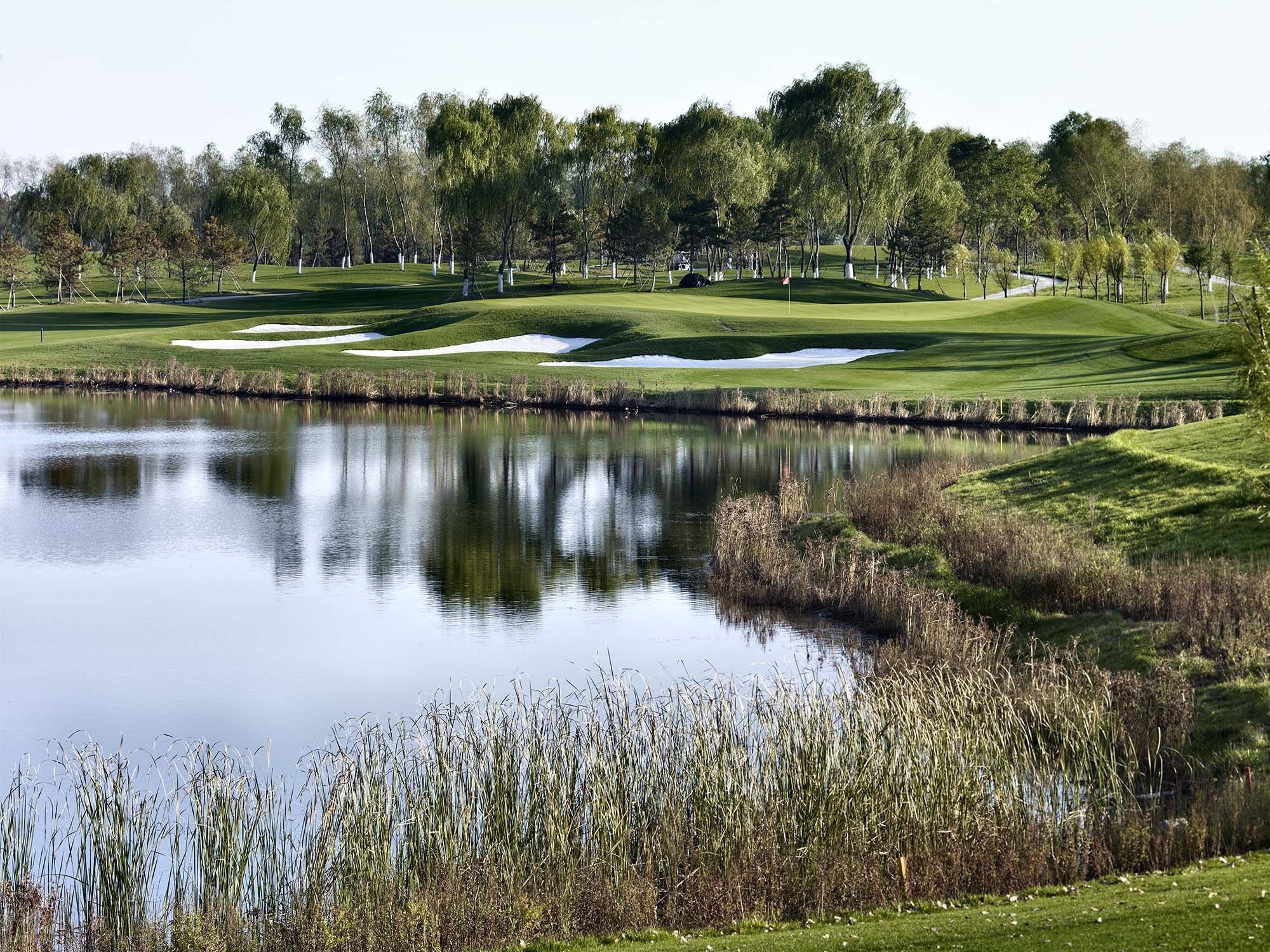 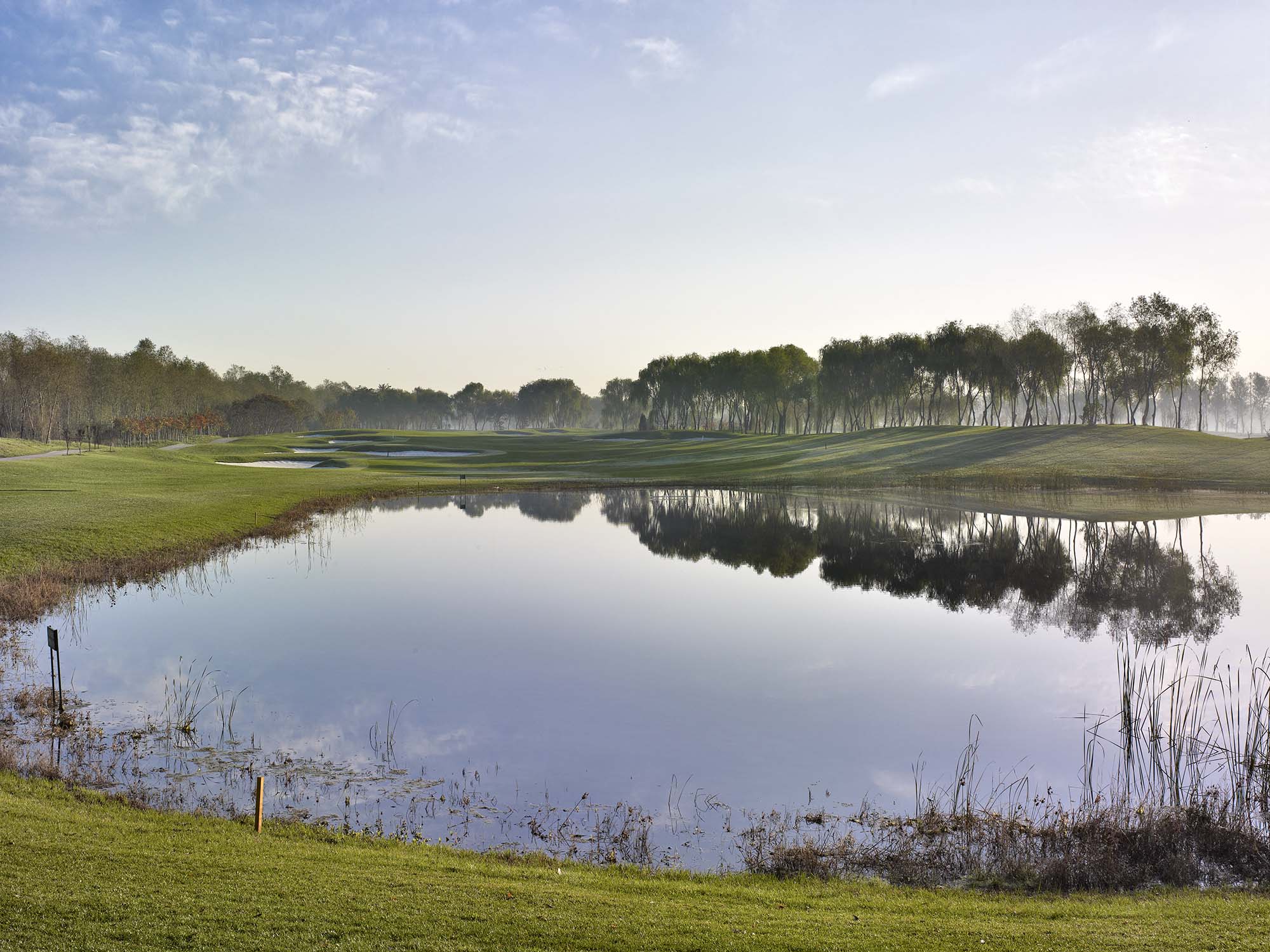 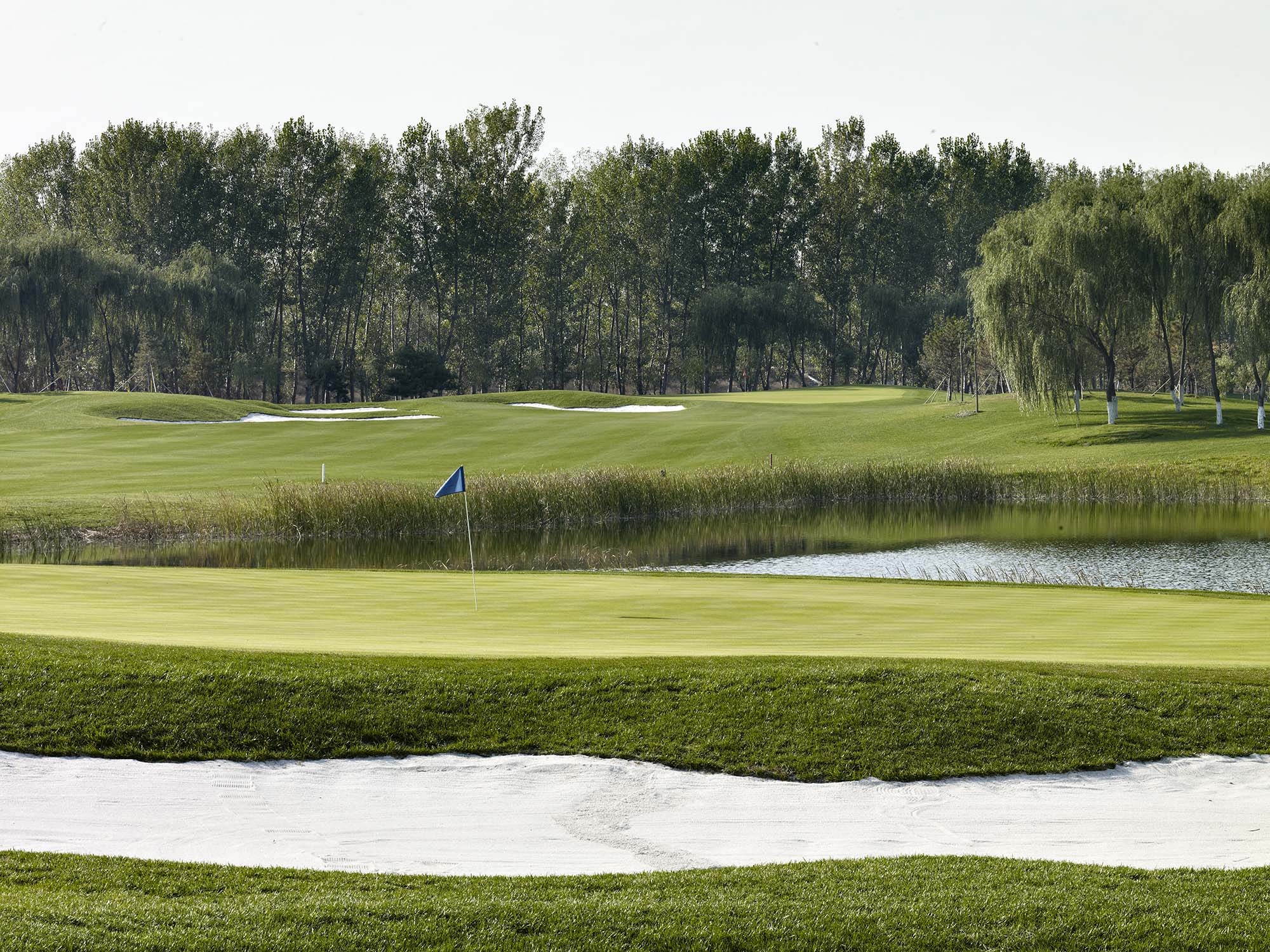 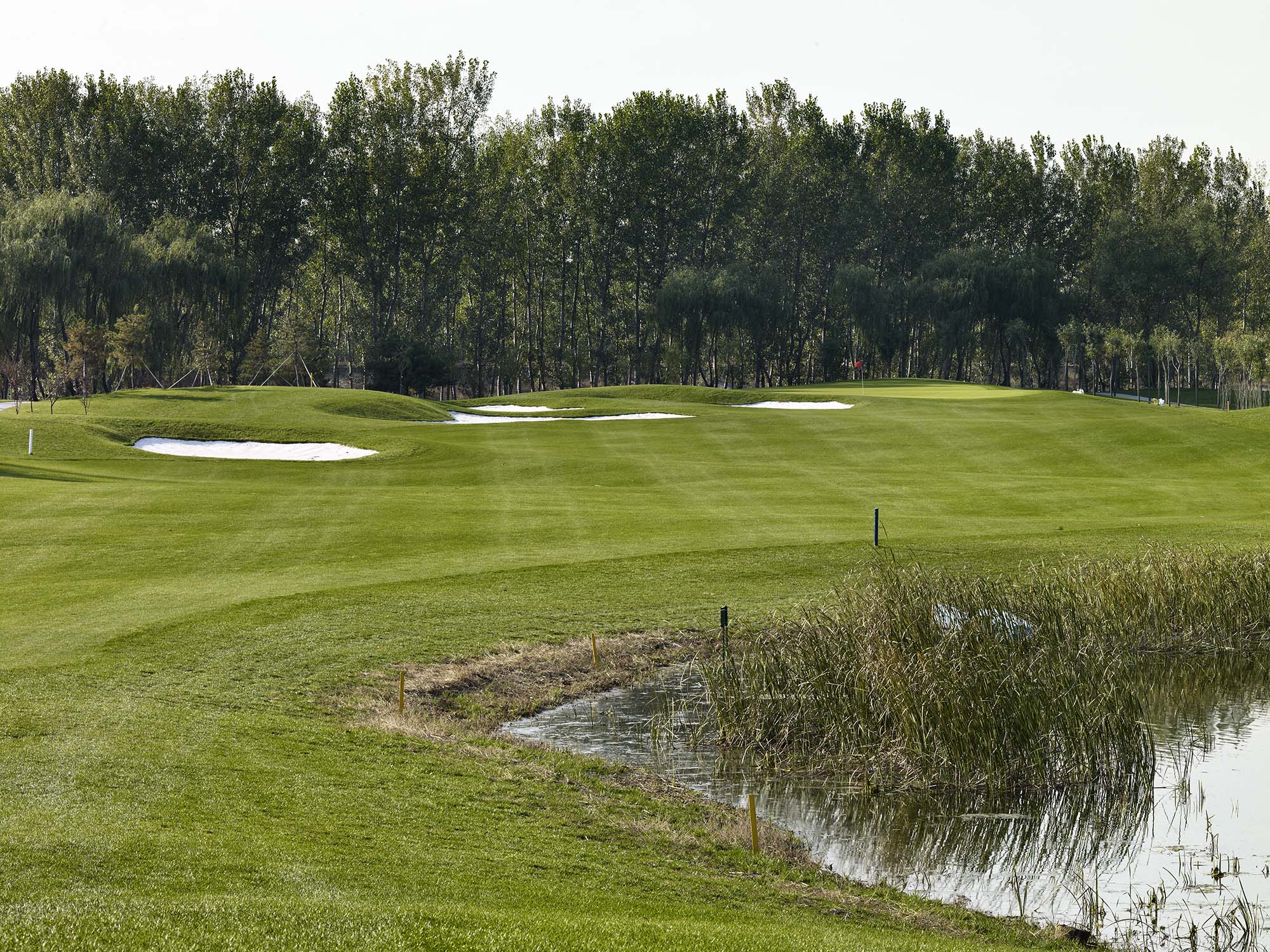 The old Hongding course at Yaoshang (now called Golden King GC) was planned by T&P and built by persons unknown. The course certainly suffered from neglect over the years and was a shadow of a course when N&H became involved in 2008.

Under a fast track program lasting some 6 months, the course was redesigned, built and grassed for an opening in early 2010.

Main features of the redesign (basically a complete rebuild) was opening up view corridors across the site as well as cleaning up and expanding lakes for better views and improved water resources.

The entire golf course was remodelled, with a traditional design style evident from the handworked bunkers to the beautifully contoured greens.